It's 2021 and we are now looking at the mildly updated Honda Civic Type R (a.k.a FK8). The geekier among you will spot the revised grille, which now has a 13 per cent larger opening resulting in a 10-degree drop in coolant temperature on track days. 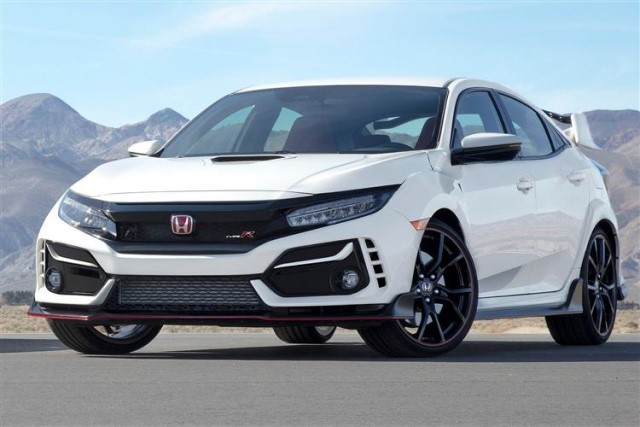 That’s just the tip of the iceberg of Honda’s forensic-level update; behind those red-trimmed alloys lurk two-piece discs (rather than one) to take 15mm of ‘dead travel’ out of the brake pedal, which we’d wager no one had actually complained about. There’s been a retune of how the adaptive damping behaves through a corner, for more precision. Something we never, ever thought the FK8 Type R lacked. 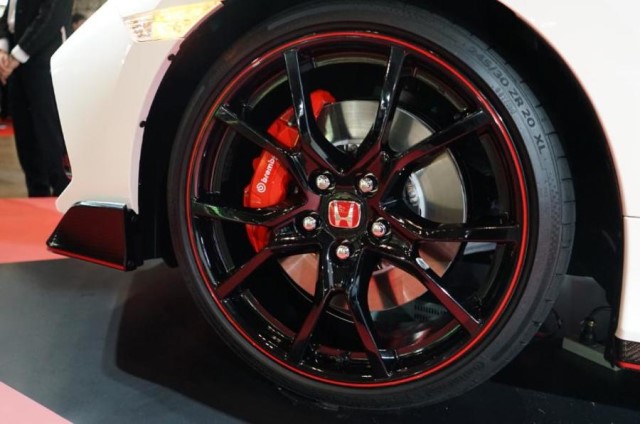 And then there’s its knob. The Type R possesses the finest manual gearshift of the last decade, with a satisfyingly stubby metal stick that controls the most beautifully wrought shift movement at any price. Except if you’re on the Civic’s engineering team. “Could be better,” they ludicrously thought. So you’ve now got a teardrop (rather than ball) to grasp, recalling fast Hondas of yore, and it shrouds counterweights which improve the way it moves around the H-pattern. While everyone else abandons the good ship manual, Honda’s engineering team are the band still aboard clutching their instruments. Not only playing, but fine-tuning their performance as water washes in around their ankles. We salute them. 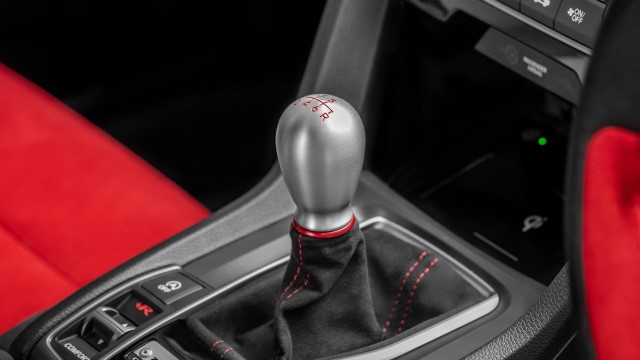 Changes for 2020 include an Alcantara-wrapped ‘wheel – all the way round the rim, regardless of which level of spec you’ve chosen – and the option of more mature, less SHOUTY black seats if you go for the subtler Type R Sport Line. There’s also better phone link-up than ever, so you won’t be wound up by Honda’s own touchscreen setup for long. Phew. 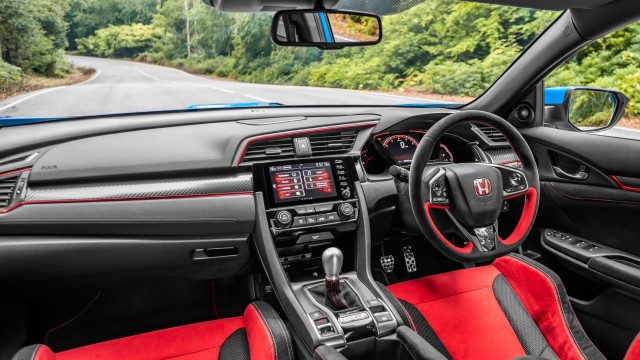 The Type R is otherwise mechanically untouched: six-speed manual and front-wheel drive only, with a 316bhp 2.0-litre turbo four flinging its 1.4 tonnes towards a 169mph top speed via a 5.8sec 0-62mph time. Proper figures, those. 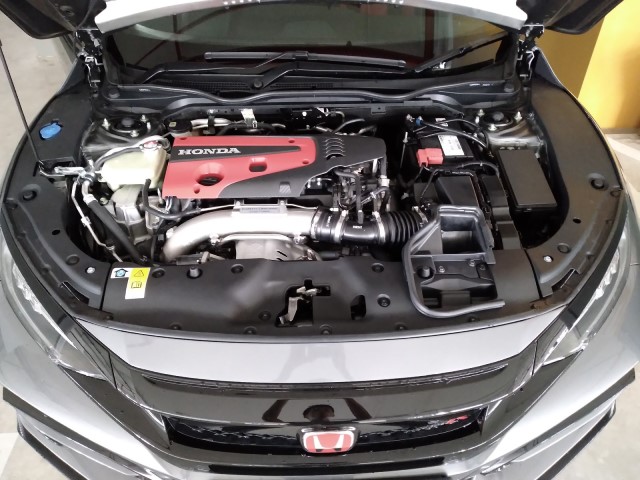