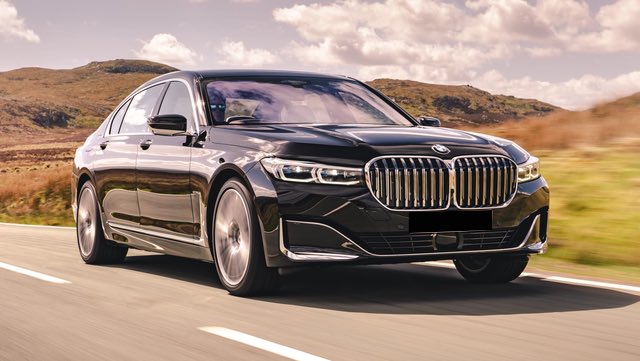 This BMW 740Li Saloon is the sixth-generation of the BMW 7 Series luxury saloon and arguably the most identifiable, thanks to its bold new face. BMW clearly decided its conservative flagship saloon needed to stand out against the stately Mercedes S-Class and forward-looking Audi A8, increasing the size of its kidney grille by around 40%.

Elsewhere the makeover is far less dramatic, with slim new headlights and a full-width LED rear light-bar representing the most noticeable changes. It also has a smoother overall look and has been tweaked to suit the Chinese market, where more than a third of all 7 Series are sold. 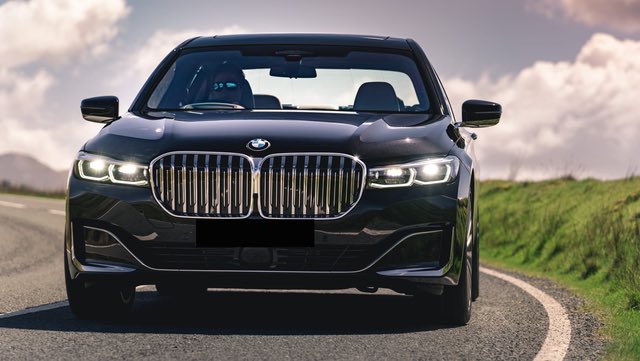 The interior has also been reworked with a light touch, leaving most of its design intact but revisiting the tech on offer. The start of the show is BMW's latest infotainment system, bringing digital instruments and an updated tablet that passengers in the back can use to control the car's interior features. 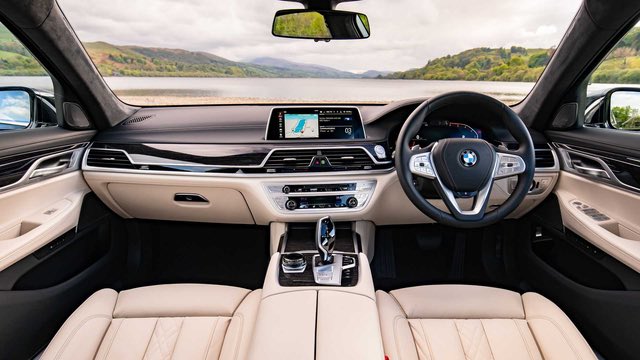 Depending on its expected use, the 7 Series can be specified with a standard or long wheelbase to boost passenger space, along with either a bench rear seat or two-seat 'lounge' setup. The latter brings the full VIP experience, with individual seats that are heated, cooled and reclining either side of a centre console.

For a car that doesn’t sell in huge numbers, there's a wide range of engines, spanning from a plug-in hybrid model to diesels, and even a flagship V8 petrol. Every 7 Series is quick and supremely comfortable, but the range-topping petrols are also powerful for a large saloon, and the BMW has a sportier edge than the Mercedes S-Class.

Unlike most BMW models, the 7 Series favours a plush ride over sporty handling, but it still feels lighter on its toes than the Audi A8 or Mercedes S-Class. This is partly thanks to use of a carbon fibre 'core' running through its underpinnings, which helps save weight and increase structural stiffness.

The petrol line-up consists of one relatively normal straight-six, and two much more expensive to run, powerful and exotic engines. With 333hp, the 740i engine is shared with models including the BMW 3 Series and BMW 5 Series, and still proves spritely in a bigger vehicle, getting the 7 Series from 0-100kph in 5.6 seconds.