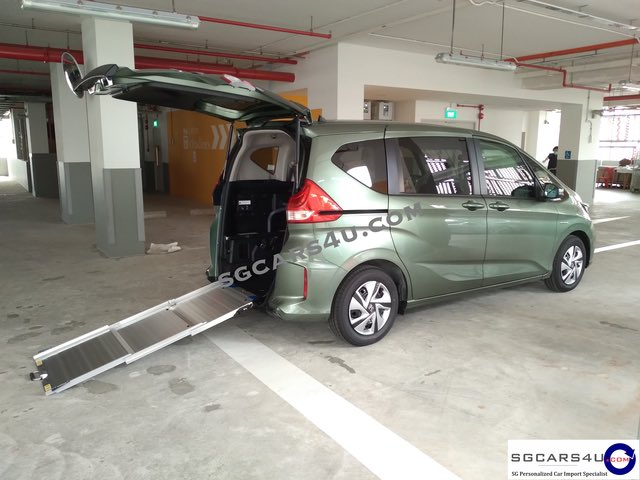 The Honda Freed Welcab is a mini MPV produced by the Japanese automaker Honda since 2008. It is designed to accommodate five people, instead of seven in the standard Freed. The vehicle is designed mainly for the need of Japanese consumers. It is based on the Fit/Jazz platform and acts as a replacement for the first generation Mobilio in Japan. Three different versions of the Freed are available: a six-seater version which features captain’s seats in the second row, a seven-seater version and a five-seater version. Honda also stated that a wheelchair-accessible model is offered in addition to versions with a side lift-up seat and passenger lift-up seat.

The first generation Honda Freed was introduced in 2008. The second generation Freed received its facelift and was released on 18 October 2019, as announced on 30 August 2019. The frontal section has been revised with an angular edged body coloured grille similar to the new Fit along with redesigned foglamps. This latest model from the second-generation class boasts of its DOHC i-VTEC In-line 4-cylinder engine with 1496 cc engine capacity. It exhibits exclusive features such as the Honda Sensing, Honda Smart Key System, and Power Sliding-doors.

There are different Honda Freed Welcab models we can import from Japan:

You can get on and off in a wheelchair with the slope.
We support the movement of wheelchair users and reduce the burden on caregivers.

Side lift up seat car

The second row of seats with sliding doors can be electrically rotated and lifted.
We support passengers using wheelchairs and trainers to get on and off. Caregivers are supported from the left and right sides of the seat.

The passenger seat can be electrically rotated and lifted.
We support passengers using wheelchairs and trainers to get on and off. There is a wide field of view from the passenger seat, and you can enjoy conversation while driving.