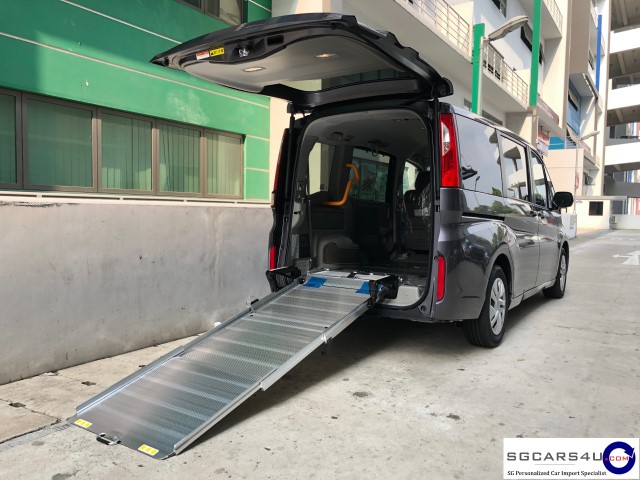 The Honda Stepwgn Welcab is a mid-sized MPV that is designed with a higher cabin, in contrast to the Odyssey and also the Stream respectively. Additionally, it can accommodate eight people, instead of seven in the Odyssey and Stream. In standard form the car has one door on the driver's side but two doors on the passenger's side.

The fifth generation Honda Stepwgn was introduced in April 2015. With an all-new 1.5-liter direct injection VTEC Turbo engine, the fifth generation Stepwgn features a functional cabin space, as well as an innovative tailgate mechanism called the Waku Waku Gate ("Waku Waku" meaning "exciting" in Japanese). The Waku Waku gate is a unique propulsion as the rear doors either function as a wide tailgate that opens up or a sub-door that opens to the side. It can be used to get out of the third row seat smoothly and to easily store small cargo without folding.

There are different Honda Stepwgn Welcab models we can import from Japan:

You can get on and off in a wheelchair with the slope.
We support the movement of wheelchair users and reduce the burden on caregivers.

Side lift up seat car

The second row of seats with sliding doors can be electrically rotated and lifted.
We support passengers using wheelchairs and trainers to get on and off. Caregivers are supported from the left and right sides of the seat.

The passenger seat can be electrically rotated and lifted.
We support passengers using wheelchairs and trainers to get on and off. There is a wide field of view from the passenger seat, and you can enjoy conversation while driving.