The new Fiat 500 Electric is a superstar city car. Rapid to charge, sprightly on the streets and with decent range, the new Fiat 500e is a genuine city slicker. Fiat has taken this approach to dramatically undramatic new lengths: the 500e looks very similar to the existing 500, which was an astute 2000s update of a car that first appeared in 1957. Six million sold so far and counting.

Yet it’s 100 per cent new. Look closely and the form language has been intelligently reimagined. The nose is softer, the LED headlights split across the bonnet shut line, the door handles now submerged. The detail and execution are terrific for a small and relatively inexpensive car and also manage to rescue the 500 from the irksomely cute pan-European ubiquity that has swallowed it up since its arrival in 2007. 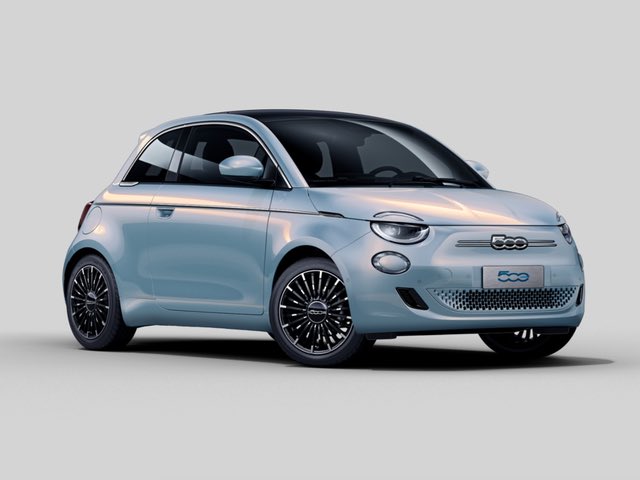 And it suits its electric transplant. The 500e’s battery has a capacity of 42kWh, which makes it a more potent energy receptacle than rivals such as the Honda e and Mini Electric (both brilliantly imaginative cars compromised by underwhelming range). Fiat claims the 500e can do 312 km on a full charge.
The electric motor is good for the equivalent of 117bhp and as it’s relatively light for an EV (1,330kg) it’s got more than enough urge from a standstill. But it also remains composed even if you bury your right foot clumsily out of a junction or find yourself on a decent road. There are three drive modes: “Sherpa” softens everything off and cuts the air con to save energy in order to get you home (see what they did there?), “Range” ups the regeneration when you lift off the throttle (which helps recharge the batteries) and “Normal” is the most balanced setting. 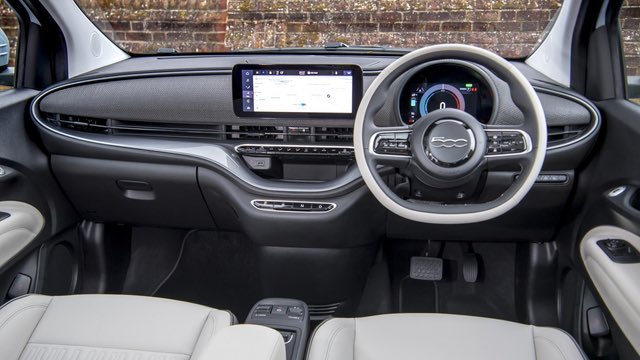 The driving position is more car-like than before and the twin-spoke steering wheel feels good. It’s not over-burdened with feedback from the front wheels, though. Perhaps more importantly, it rides well, it’s sprightly and its turning circle is fantastic, so this really is the city car redux.
The 500e’s insightful exterior reworking is matched by an appealing interior, whose quality is well above the regular 500’s. Fiat’s ancestral home, Turin, is commemorated in a little graphic inside the interior door grab, the dash has a pleasing sweep to it and the 10.25-inch central touchscreen is stocked with all the customary apps. There’s wireless charging for your smartphone and drive is controlled by four buttons on the centre console: P, R, N and D. Couldn’t be easier. The interior also uses a fabric called Seaqual, which upcycles marine litter. 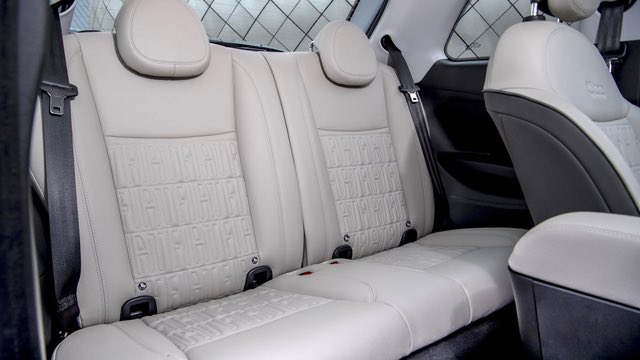 The 500e can be rapid-charged to return 160 km of range in about 20 minutes, a more leisurely but standard six hours to fully replenish on a 7kW domestic wallbox. It’s all controllable via the now obligatory app, so you can charge using off-peak tariffs. Managing energy as efficiently as possible is the name of the game here. 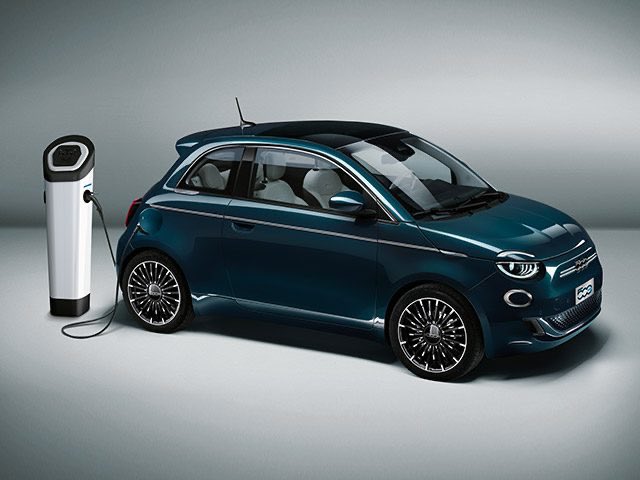