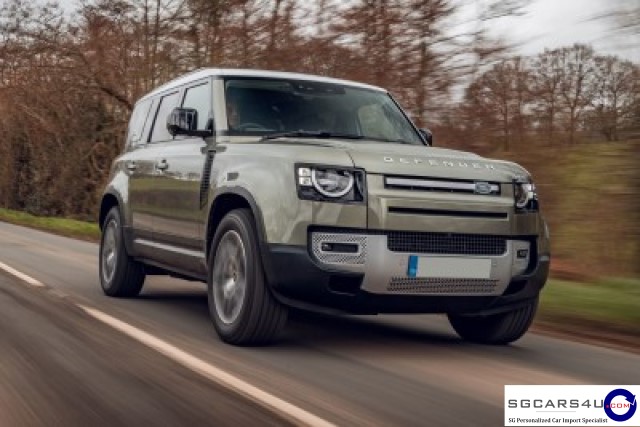 Given the particularly difficult task of reinventing an icon, Land Rover had thrown everything at this new Land Rover Defender model – with highlights including an all-new platform, a wide range of engines including petrol, diesel and plug-in hybrid, and significantly increased dimensions. Production has also moved from Solihull to Slovakia.

The new Defender 4x4, which is codenamed L663, switches from body-on-frame construction to an aluminium unibody derived from the D7 platform. The Defender has switched from solid axles to double-wishbone front suspension and Integral Link independent rear suspension. Buyers can opt for either coil-sprung suspension or air on the 90s, while the 110 variants are only offered with air suspension.

However, the Defender’s platform is said to be 95 per cent new compared to that used in existing models, and is dubbed D7x – denoting ‘extreme’. Land Rover says it’s the strongest, stiffest structure it’s ever engineered, with torsional rigidity of 30kNm/Degree. To put things in perspective, that’s slightly better than a Jaguar E-Pace SUV.

In order to help bolster its off-road performance, hardware such as the battery, cooling circuits and spare wheel (normally positioned underneath, now fixed to the side-opening rear door) has been moved to help shorten the front and rear overhangs.

The Defender is also bigger than it was before: the new 90 and 110 models measure 4583mm and 5018mm long respectively (including the spare wheel on the rear door), which is up 722mm and 440mm on previous models. The wheelbases of the 110 clocks in at 3022mm, which is 99mm longer than a Discovery’s, helping keep the Defender’s trademark short overhangs that are so essential to its off-road performance.

Powertrain options will include  four- and six-cylinder petrols, and hybrid and plug-in variants, as well as the more traditional four-cylinder diesel option. The entry-level Defender, badged D200, is powered by a 2.0-litre SD4 diesel with sequential twin turbos. It produces 197bhp and stout 430Nm; a more powerful D240 version is also offered, which punches out a higher 237bhp and the same 430Nm. On the petrol front, buyers can pick between the four-cylinder P300 or six-cylinder P400 MHEV Defender. The P300 features a single-turbo 2.0-litre Si4 petrol engine which produces 296bhp and 400Nm.

The P400 MHEV, however, is a very different variant. It features a 3.0-litre i6 engine, for starters, which features a single turbocharger, a 48-volt electric centrifugal supercharger and a mild hybrid set-up. As a result, it pounds out an impressive 395bhp and 550Nm – which helps make it the most powerful and quickest variant of the new Defender by a long stretch.

Regardless of which you pick, however, you’ll always get an eight-speed ZF automatic which sends power to all four wheels via a two-speed transfer case. A four-cylinder plug-in hybrid version of the new Defender will also join the line-up later this year.

The interior embraces the Defender’s utilitarian roots with rubberised flooring (though UK cars get easily removed carpet inserts too) and an exposed magnesium cross-car beam that’s hidden behind the dashboard in sister models. An optional ‘jump-seat’ in the first row (inspired by the early Series models) means buyers can choose from five-seat, six-seat or seven-seat variants, if not eight.

The basic technical specifications of the Defender 110 are described below.