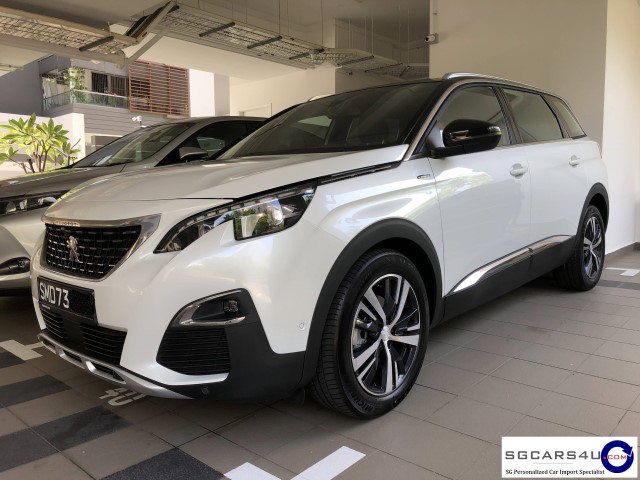 A Peugeot 5008, but not as we know it. What was once a very conventional seven-seat MPV has become a three-row crossover SUV that competes with the excellent Skoda Kodiaq and slightly less excellent Nissan X-Trail.

The reason behind the change is simple – demand for SUVs, or at least SUV-like vehicles, is growing as quickly as the demand for old-school MPVs is falling. So some manufacturers – like Peugeot – are ditching them altogether in favour of higher-riding, more rugged-looking crossovers. That, and Peugeot wants this thing to go international – to China and beyond – and MPVs are an exclusively European thing.

In the 3008 Peugeot had a good platform on which to base the new 5008, and from the back of the driver’s door forwards they’re effectively the same car. Move towards the rear and you’ll find a longer, more upright tail designed not only to accommodate more luggage, but two occasional seats that spring up from the bootfloor. The rear doors are longer, for better access therein.

The engines are broadly the same as those available in the 3008 – petrols in 1.2 or 1.6 litres and diesels in 1.6 or 2.0 litres. The manual option is a six-speed, and the auto is six- or eight-speed depending on the engine you go for.